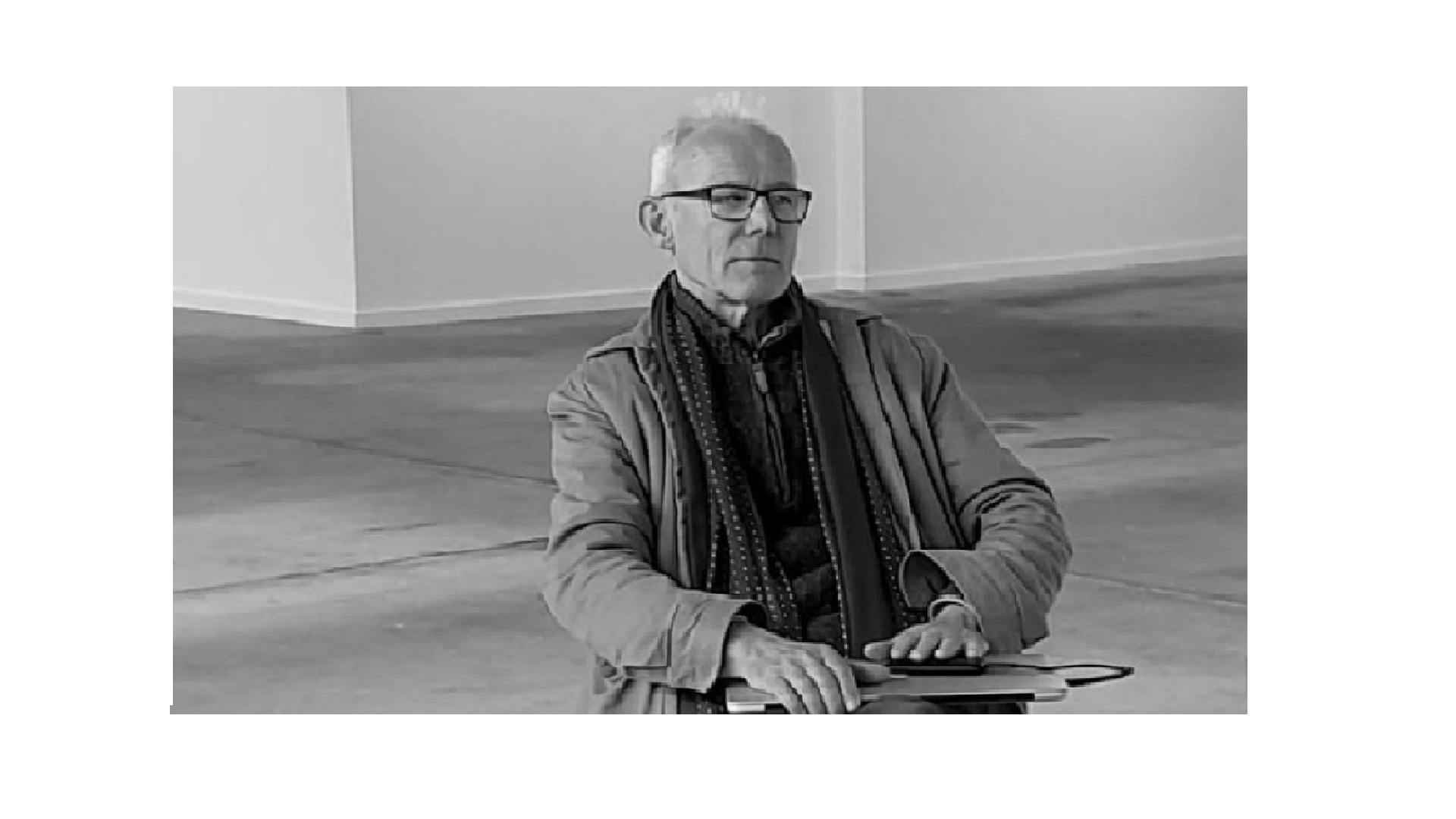 The title of my painting The Traveller Hasteth in the Evening, is from William Blake. I used it because lately it feels like it’s evening all the time and everywhere.

My work has changed since returning to Ireland in 2004, influenced by the country and stories of the country, after many years in the city. Looking at my work now it seems that war was always near, and as I am preparing for this exhibition, recent images of people in flight have taken an even darker, more immediate, and more threatening turn.

My new work began with the strange story of the Moving Graveyard of Matehy.

Artist and filmmaker David Fox was born in Dublin and spent his childhood in Killarney (and summer holidays in Kenmare). He always wanted to be an artist – even before he smelled oil paint. His family emigrated to Manchester (George Best was playing for United at the time!). He studied painting in Colchester and Bristol, and postgraduate painting at the Slade. He began making political art with The Poster-Film Collective in London and gave up painting for the next ten years (but kept drawing). Later he was a founder member of Faction Films.

He has directed and edited many documentaries for international television including for RTÉ, Arte, BBC & Channel 4. He returned to live in Ireland in 2004.

2018/19. Editor Spears From All Sides, 70 years ago oil was discovered in Ecuador’s Amazon rainforest. The Waorani people resist the destruction of their culture and their land.

2016/17. Editor In the Name of Peace; John Hume in America, feature documentary dir. Maurice Fitzpatrick. Irish Film Board and RTÉ.

A beautiful story … with the feeling of an Iain Sinclair novel mixed with Victorian ghost story writer J. Sheridan le Fanu, the film is profoundly touching.

This moving film is given an extra poignancy by the current lockdown, deaths, and uncertainty around our lives … A mysterious well-crafted ghost story.

2006. Stars of the Sea. Producer/Director. Four part documentary – ecology and the people of the Dingle Peninsula for RTÉ.

2005. Blacksheep: The Sons of O’Connor-Scarteen. Producer/Director. The Siege of Kenmare. RTÉ.

1997. Hard Drive for Channel4. An extraordinary road movie! Brilliant images[and] wonderful characters… HARD DRIVE is a primer to grass roots politics on the Net and life in the computer industry in general. The Guardian